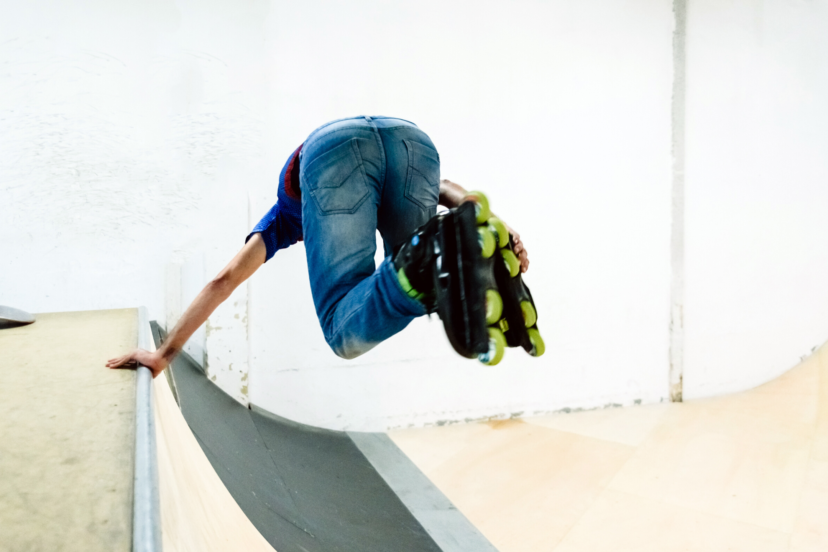 Aggressive inline skating continues to rise in popularity, but deciding on skates can be a challenge. If you’re looking to lace up a new pair, whether it’s your first or your tenth, we’ve got you covered. Read on to learn more about some of the best aggressive inline skates on the market today.

What Is Aggressive Inline Skating?

The term simply refers to the performance of tricks such as grinds and jumps while skating. It’s sometimes simply referred to as rollerblading, street skating, or freestyle rolling. To perform these maneuvers, it requires the skates to have some special features that standard skates don’t have. Aggressive inline skates, for example, have a large space between the second and third wheels. This is to better accommodate perpendicular grinds. 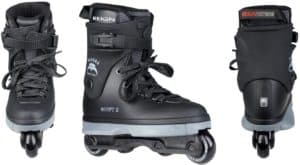 Roces has a reputation for Italian quality, so it makes sense that the M12 UFS Aggressive Skates would be on our list. With a memory foam padded liner, high-grade polyurethane shell, and a fiberglass-reinforced frame, these skates are sure to help you nail that trick.

The one caveat to these skates is that they tend to run at least a full size lower than your standard shoe size, so be sure to order up. 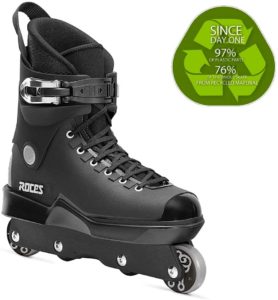 The Enkidu aggressive skates by Flying Eagle are a highly-rated option for intermediate and advanced aggressive inline skaters. With a guard plate and ABEC 7 bearings, these skates have everything you need to take your skating to the next level. 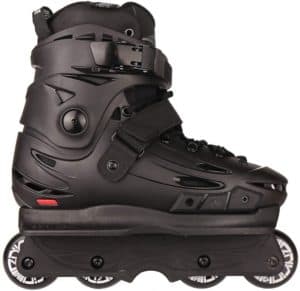 These unique skates, the Unnatural features K2’s new UFS compliant frame. This frame can be ridden flat ensuring that your inner wheels won’t get hung up on H-Block based tricks. For those that want to ride a rockered setup, K2’s frame hardware allows you to add rocker to your wheel setup without having to buy smaller wheels. If that’s not enough, wK2 channeled out a huge groove that works in harmony with the new Aggressive Base to create the easiest of platforms for locking on, whether riding a flat or rockered setup.

If you’ve worn K2 before, know that the Unnatural is true to the brand’s standard level of quality. And if you haven’t, know that these are durable, comfortable skates worth trying out. 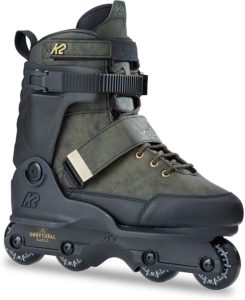 Another Roces skate, the Fifth Element is a popular choice on Roces’ line-up. Made from heavy-duty material inside and out, these skates have a low cuff and two grind wheels. 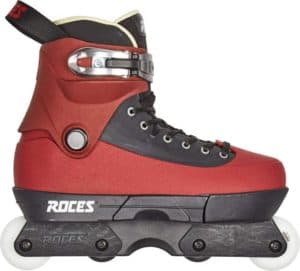 Now you know about some of the more popular aggressive inline skates on the market. But how do you decide which one is right for you?

There are a couple of different factors to take into consideration. The first is the type of shell you want. To some extent, this boils down to personal preference. Soft shells provide flexible support that is great for grinding but may not be supportive enough for higher impact moves such as jumps. Soft shells also allow for a great deal of control over the skate and they have a more natural feel than the other popular type of shell, hard shells. Hard shells, meanwhile, are better for protection. If you are doing moves such as stair gaps that require a great deal of support, or you just have weaker ankles, you may find that you prefer a hard shell.

There is a third type of shell you may find, as well. Skeletal shells are a sort of hybrid of both soft and hard shells. They are a harder exterior shell that wraps around a softer interior sneaker. The end result is a lightweight shell that provides stellar control and rivals the support of a hard shell model.

Other factors to take into consideration are the skate’s wheels and bearings. When it comes to wheels, it is best to avoid plastic wheels on aggressive inline skates. They are simply not durable enough to withstand the impact of different tricks and will likely crack and break. Rather, look for thicker wheels made from a strong material such as urethane. You may also want to find a pair of skates with anti-rocker wheels, which are extra wheels that help provide added stability and balance when landing tricks.

Bearings, meanwhile, should be ABEC 5 or greater. The higher the number isn’t necessarily better here– with aggressive inline skating, the focus is more on tricks than speed– but anything below ABEC 5 will likely hinder you when trying to get up speed for different tricks.

If you’re looking to upgrade your aggressive inline skates, consider one of the options on our list. Thank you for reading!

Welcome! I'm Matthew, the author of Float On Wheels. What started out as an intention to train my son on how to rollerblading has turned into a mission to share my knowledge and experience with as many people as possible. Inline skating can be fun, you can do so in solo or in a large group. Thank you for stopping by!

The 6 Best Rollerblades for Kids

If you’re looking for a way to get your kids out of the house this summer,…

The 5 Best Elbow Pads for Rollerblading

As far as safety goes, protecting your elbows is high on the list of most important…

Rollerblading can be an excellent workout, but have you ever wished you could enjoy the scenery… 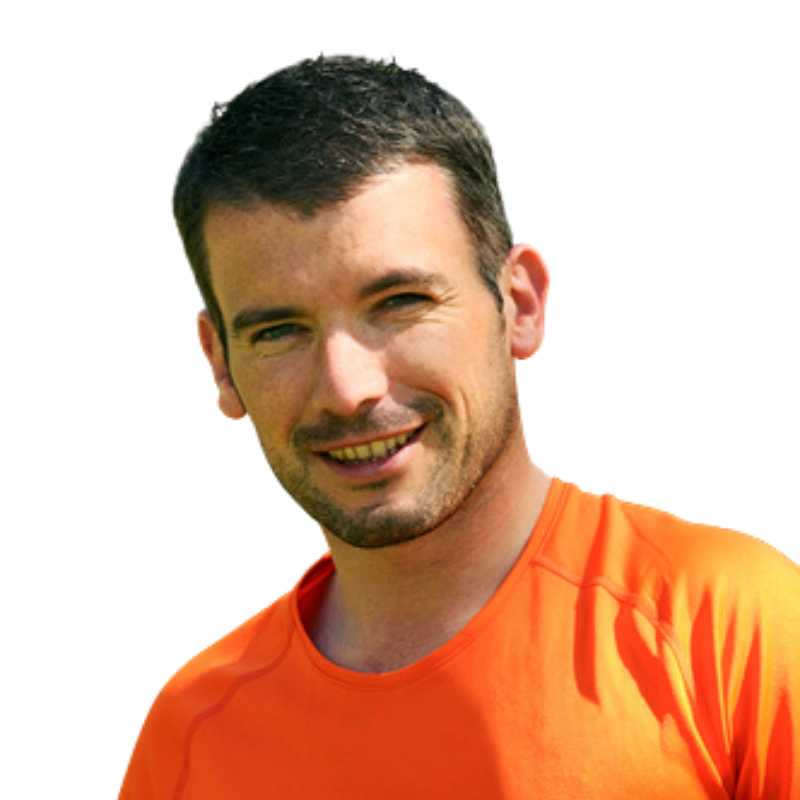 How do you get started rollerblading or inline skating? Welcome! You've come to the right place. I'm Matthew Donovan, the author of Float On Wheels. What started out as an intention to train my son on how to rollerblading has turned into a mission to share my knowledge and experience with as many people as possible. When you are thinking about rollerblading for beginners, there are a few gears that you need to get before you begin. Please read my blog posts for more info. Thank you for stopping by!